Awards Ceremony for the Recipients of the ‘WA Seniors Awards 2022’ 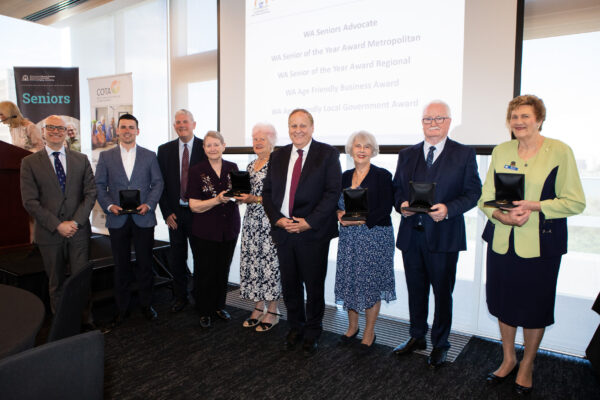 COTA (WA) celebrated the recipients of the 2022 WA Seniors Awards on Wednesday 16 November 2022 at ANZAC House.

Congratulations to the Recipients of the 2022 WA Seniors Awards

Judy was nominated by the Northern Su 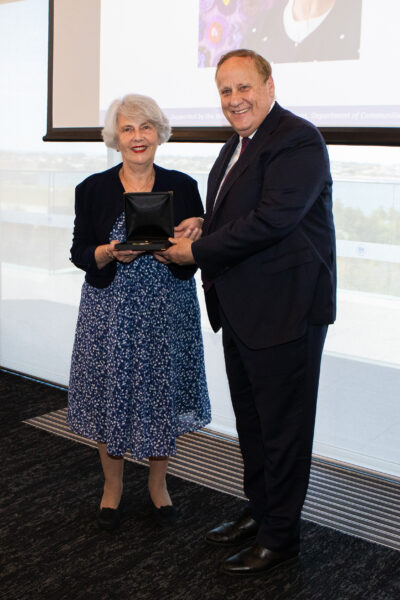 Judy has been awarded the WA Seniors Advocate for her role as a Volunteer Peer Educator since 2017 and over the last five years, has been one of the driving forces behind the Purple Road, an initiative to create flowers that represent the older people’s journey of ageing. She has delivered Peer Education Sessions to over 500 attendees in the last 12 months alone, presenting to a wide range of groups and raising awareness of elder abuse. She is passionate about reducing social isolation by sharing her own experiences – so other people know they are not alone – and she is strong advocate for tackling ageist attitudes and challenging behaviours of discrimination. Judy had a professional career in education, as the head of English at various private schools across Perth.

One of the testimonial reads; “Most of us live quite privileged lives and are sometimes unaware of what takes place in the wider community. However, your very informative and beautifully presented talk certainly opened our eyes to that reality and hopefully we will be able to spread the news a little further.”

Judy, you advocate the message that older people have the right to be heard, be respected and are valuable contributors to the community. 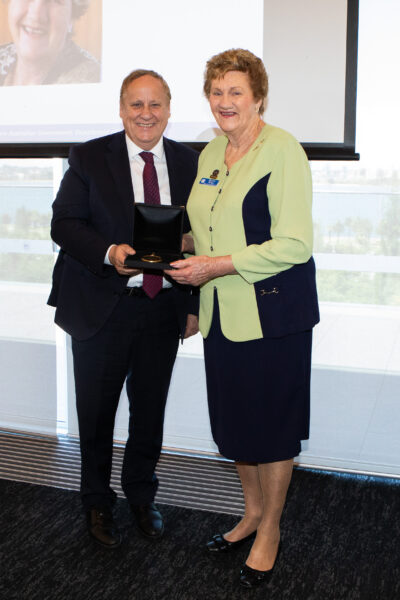 Delyse was nominated by the Country Women’s Association Koorunga Branch

Delyse Ward has been awarded WA Senior of the Year, Metropolitan for her outstanding work as a community coordinator for the Country Women’s Association of Western Australia.

In her fourth year in this volunteer role, she has travelled huge distances weekly to deliver hundreds of items to those in need, working alongside a small team of CWA members to coordinate the collection and distribution of goods for placement with families, organisations and institutions. Having been a CWA member for 59 years, her knowledge, vitality, dedication and personal thank you notes inspire so many CWA members to assist with all projects. She currently liaises with 8 hospitals, Ronald McDonald House, refuges, 17 school chaplains, aged care facilities, dementia care, indigenous communities and organisations working with the homeless and emergency situations.

During COVID-19, 900 laundry bags and scrub caps for nurses were made and delivered all over WA, and prior to Christmas, she personally packed and delivered large numbers of ‘share the dignity bags’ to nursing homes and hospitals. These bags were for ladies, teenagers and mums with bubs. Teaming up with Wanslea and other organisations, 101 Christmas parcels for grandcarers were delivered. When she was unable to personally deliver bags of items during covid-19, Delyse filled her car boot, drove to the venue and stayed in her car, while the receivers took the bags. Delyse is always on the lookout for new projects and challenges and sees it as a joy to be able to help.

Bernie was nominated by The Shire of Cunderdin

Bernie Daly has been awarded WA Senior of the Year Regional, for his involvement in many community groups like the Cunderdin Men’s Shed, CMT Seniors Committee, Cunderdin Community Resource Centre Committee and the Shire of Cunderdin Council Committee.

In 2012, Bernie moved to Cunderdin to retire and soon after joined the Cunderdin Men’s Shed. After initially taking on the role of Secretary, he is now the Men’s Shed President and takes a very active role in organising get togethers, talks  and excursions for your local men’s shed group. Bernie is also on the local CMT Seniors Committee, which is made up of senior citizens, local government representatives and volunteers who get together regularly to organise events and excursions for seniors from the Towns of Cunderdin, Meckering and Tammin.

During 2021, he also joined the Cunderdin Community Resource Centre Committee, becoming a spokesperson for the seniors in the town. For the past seven years he has served on the Shire of Cunderdin Council. During this time, he has been a member of the AAA Housing Project Team during the construction and delivery stage. The project was aimed at housing those in the elderly community wishing to downsize and be close to medical care. He represented seniors during this project to ensure that the housing project addressed all the needs of seniors. Bernie is also involved with the local Health Advisory Committee who recently obtained funding to print emergency health booklets for seniors. 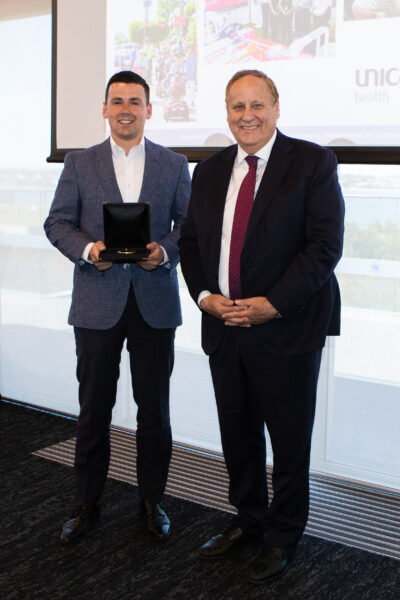 In 1985, Bill Dartnall started the River Import Co. using his life savings to import 10 mobility scooters from Canada. These were Australia’s first electric mobility scooters. Bill sold these scooters from his family garage and delivered them to his customers in a trailer he borrowed from a friend. In 1990, River Abilities, a small mobility shop in Bentley was established. Bill finally retired and passed the business on to his sons. In 2013, River Abilities rebranded to Unicare Health.

Today, Unicare Health is WA’s largest supplier of hospital and aged care equipment. Led by Bill’s oldest son Greg Dartnall, the team at Unicare Health still share the same passion that Bill did when he founded the business, the passion for meeting customer needs and delivering the good old fashioned family friendly service. 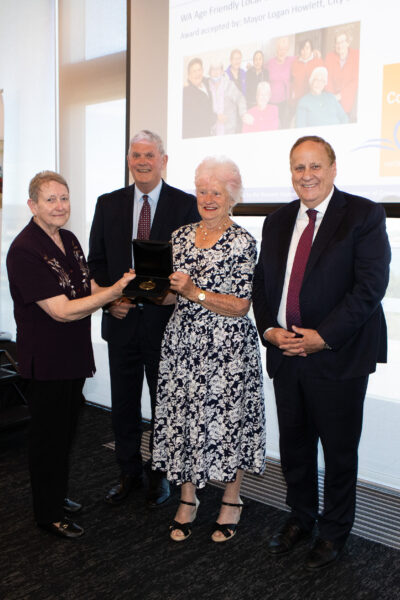 The City of Cockburn has taken a proactive approach to ageing well in the community and its commitment to its senior population over the last fifteen years has been extraordinary, including: The establishment of the Senior’s Centre and the Cockburn Community Men’s Shed. They are a member of the World Health Organisation’s Global Network for Age-Friendly Cities and Communities. The City also hosts social clubs for seniors living with dementia at Cockburn Care and Kwobarup Aboriginal Club. Other initiatives such as the Seniors Security Subsidy Scheme and options allowing pensioners to defer or claim a rebate on their rates have also helped local seniors to be able to age in place.

The City is especially proud of its Seniors Centre, which provides services to over 1,000 people. The impact of the Centre became especially clear during the COVID-19 lockdowns when staff noticed that it was common for members not to have significant social connections outside of the Centre, contributing to a sense of social isolation and a poorer sense of wellbeing for a significant portion of Cockburn’s senior population.

The Senior Volunteers piloted a new group called the Friendship Group whose goal is to meet weekly to form long-lasting and mutually beneficial connections and friendships. The group has targeted those who may otherwise face barriers in forming social connections, including those with mental illnesses, disabilities and from CaLD backgrounds. While the Friendship Group is one of Cockburn’s smaller initiatives for its older population, it is a symbol of the City’s commitment to the welfare of its ageing population.

Supported by the Western Australian Government, Department of Communities