Elder abuse is a serious problem in Australia. It is an issue that needs policy attention, especially because of our ageing population. The Australian Bureau of Statistics population projections indicate that over the next 25 years the number of older people (aged over 65 years) will double to around 9 million Australians.

As part of the National Plan to Respond to the Abuse of Older Australians (National Plan, Council of Attorneys General, 2019), the Attorney-General’s Department commissioned the National Elder Abuse Prevalence Study (NEAPS) to investigate elder abuse. This is the first national survey and the most extensive study into elder abuse in Australia. 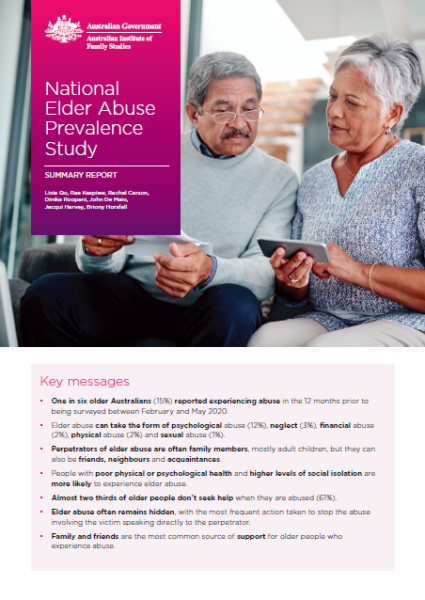 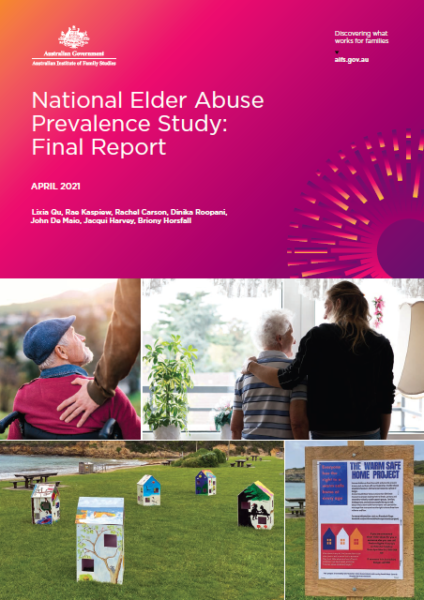