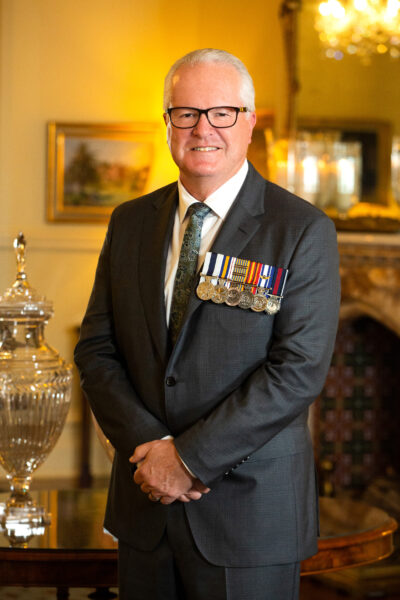 The Dawson family have been part of the early colonial settlers over five generations of farming and law enforcement. The Governor’s great-great-grandparents arrived in the then Swan River colony in Western Australia in 1830.

Christopher John Dawson APM was educated at Perth Modern School before joining the Western Australia Police Force in 1976, going on to provide 46 years of service in Australian law enforcement.

He served in country and metropolitan positions, criminal investigation, training and senior roles. The Queen’s Birthday Honours List in 2002 saw him awarded the Australian Police Medal for distinguished service.

He was appointed Commissioner of the Western Australia Police Force in August 2017, serving until July 2022. During the period of the COVID-19 global pandemic, Commissioner Dawson coordinated the State of Emergency and the Vaccine program.

He is married to Darrilyn Dawson, Education Consultant, with two married children and five grandchildren.